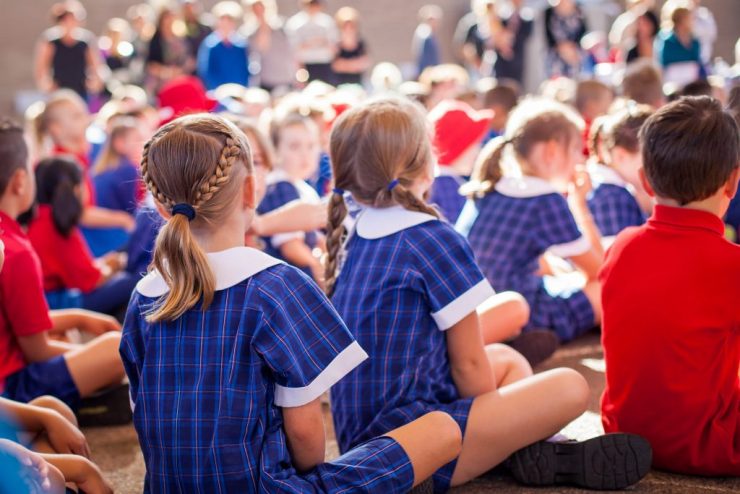 Ask anyone in agriculture and they’ll be able to tell you that there are a lot of misconceptions about the industry, with ill-informed statements about farming heavily impacting its reputation.

There has been a push in recent years to assure that accurate information about agriculture is being taught to children in schools. This comes following a report by the Australian Council for Educational Research (ACER) in 2011 which found that a majority of the misconceptions around agriculture come from the classroom.

A survey, commissioned by the Primary Industries Education Foundation Australia (PIEFA) and undertaken by the Australian Council of Educational Research, revealed that 75 per cent of students in year six thought cotton stocks were an animal product while an alarming 27 per cent said they thought yoghurt was a plant product.

The survey found that while students viewed farmers in a positive light, there was a clear disconnect between the the final product children see in their lunchboxes and the process behind it. Thus beginning the long and treacherous journey of educating people about the origin of their food and fibre.

The Primary Industries Education Foundation Australia (PIEFA) is a not-for-profit organisation that collaborates with the Australian Government, primary industries organisations and the education sector on increasing the understanding of the origins of our food and fibre.

Chief Executive of PIEFA Ben Stockwin said that PIEFA is committed to increasing and promoting education around agriculture in schools and that 2020 is set to be a big year for achieving these goals.

“Since 2009 we’ve acted on behalf of industry to make sure that there’s relevant, factual material being delivered in Australian classrooms about food and fibre production,” Mr Stockwin said.

“It’s very important to note that the work we do is around looking at the industry as an industry, not just about how you grow some stuff in your garden at school, its looking at how we feed 20 million people every day as well as the career options available.

Despite the fact that many people are unable to link the produce they buy to the person behind it, Australian farmers have a good reputation amongst the Australian population.

The next step of this journey is making sure that people understand the actual process of producing food and fibre and that the industry is a leader in science, technology and innovation.

“People see a lot of stuff either on the internet or in the media and think that American production systems are what we do in Australia,” Mr Stockwin said.

“We want to give teachers the knowledge and confidence to deliver subject matter because we’re concerned about the fact that students not knowing where food and fibre comes from but generally, teachers don’t either.”

To learn more about the Primary Industries Education Foundation of Australia and access their classroom resources, click here.