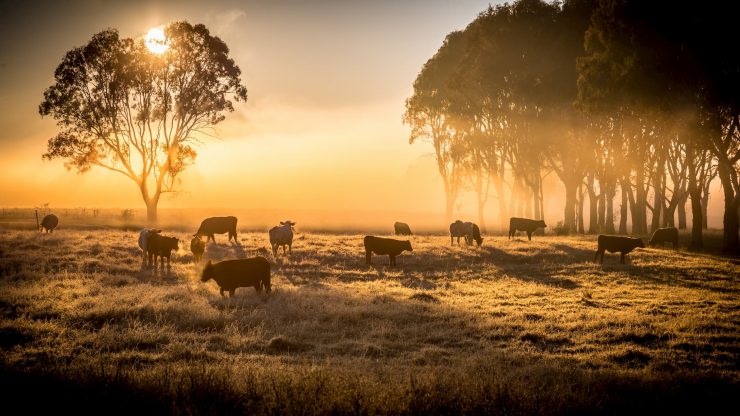 How to best respond to a changing climate, continues to dominate the political agenda.  A week ago, the Australian Labor Party announced its support for an economy-wide, net-carbon neutral-by-2050 goal or CN2050.

The target to date is not supported by the Federal Government but does have the backing of each state and territory Government. Influential industry groups such as the Business Council of Australia are also supportive. With Parliament sitting in Canberra this past week, the focus turned to agriculture’s position on CN2050.

What is net-zero emissions by 2050 all about?

Net zero emissions 2050 means that, by 2050, every tonne of CO2e- released into the atmosphere has to be mitigated. It is important to note that for Australia, CN2050 is an economy-wide construct. If it were to be fully supported, Australia would have one national assessment, not a sector by sector account.  All sectors of the economy would be tallied up and all sectors would have to contribute to the mitigation efforts.

For agriculture, a sector that both emits and sequesters CO2e-, this could mean improving soil carbon sequestration, reducing food waste, and boosting bioenergy. It could also mean that there is potential for farmers to be paid for continuing to manage their land and help with sequestration efforts.

Where are we at now?

Australia’s current target to tackle climate change is to make a 26-28% reduction from the nation’s 2005 levels. This target was set as a consequence of the Paris Climate Agreement

Current projections show that in 2030 Australia’s emissions will be 16% lower than in 2005. Australia is expected to reach its 2030 targets by counting the quantities of carbon already reduced under the previous international climate agreement, the Kyoto Protocol.

The Government’s Climate Solutions Fund is the Government’s main policy to help businesses and farmers reduce emissions. In 2019, an additional $2 billion was allocated over 15 years to further the success of the Emissions Reduction Fund.

Where does agriculture stand?

Agriculture has been front and centre of the national conversation about whether Australia should target net zero carbon emissions by 2050.

Opposition Leader, Anthony Albanese put the spotlight on farming when he told the ABC’s Insiders program last Sunday that under a Labor Government, agriculture would be included in an economy-wide carbon neutral by 2050 target. This is a very different discussion to an earlier debate where agriculture was exempt from a carbon tax.

The National Farmers’ Federation has a Roadmap for agriculture to be a $100 billion industry by 2030, up from about $60 billion today. The Roadmap includes an aspiration for the whole farm sector to be trending towards carbon neutrality by 2030. A key part of that journey is to establish sector plans by 2025. This will allow the industry to improve on the current research and underpin a specific plan to achieve the goal of trending to carbon neutrality by 2030.

The NFF’s Climate Policy does not currently reference any 2050 target.

“Agriculture is in the unique position of having the significant potential to contribute to the abatement of national emissions, as well as having a job to do to lower the industry’s emissions,” NFF CEO Tony Mahar said.

“Agriculture is already the only sector of the Australia economy that has consistently reduced its emissions intensity and net emissions in the past decade.

Mr Mahar said the 2030 Roadmap identified the need to work with the industry’s many diverse commodities and production systems to develop plans to reduce emissions while growing productivity.

“Many parts of agriculture are well advanced on this front.

“There is significant work being done across the industry to reduce agriculture’s carbon footprint from developing new genetics to breed cattle that produce less methane to using pig effluent to grow algae and produce electricity.  Major machinery manufacturers have all committed to fuel systems that are better for the environment.

“This is important as energy is a major component of the agricultural cost base, in dollar and carbon terms, an improved energy emissions profile would assist agriculture’s outcome.”

“The NFF would have great difficulty supporting any target and/or proposals that would put the competitiveness or ongoing growth of major farm sectors at risk.

“Productivity cannot afford to be compromised.”