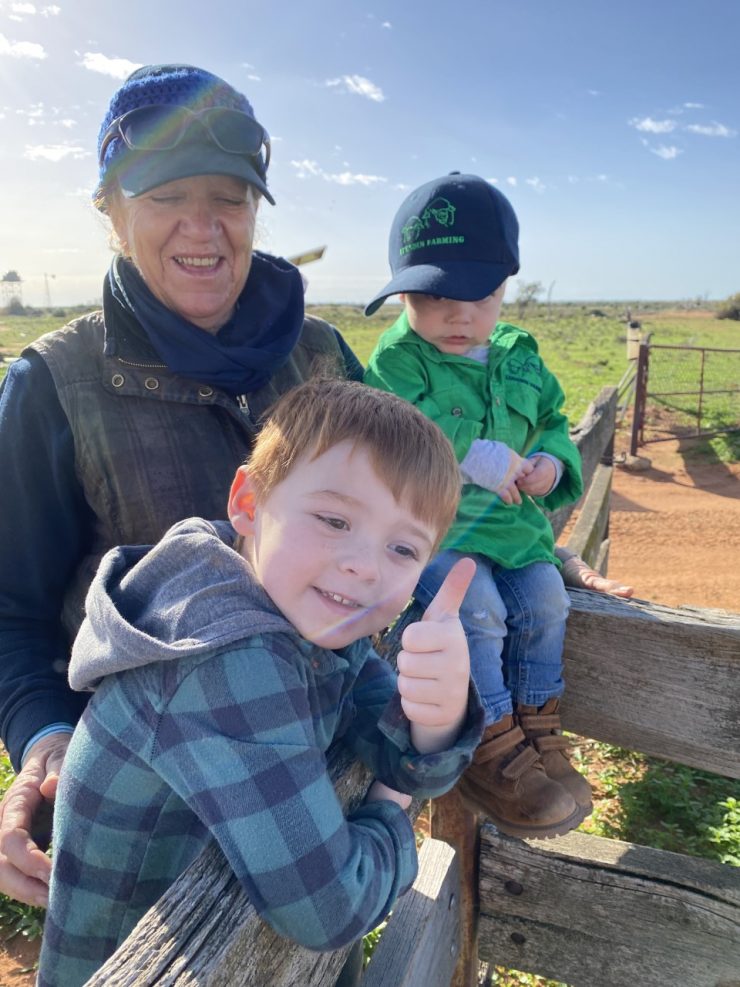 Stacey Lugsdin is a force to be reckoned with. The Riverina woolgrower runs her family’s self-replacing merino enterprise at ‘Warrendale’ north east of Hay in NSW. She somehow balances being involved in a number of peak national bodies, working as an advocate for wool and co-running her family’s three businesses alongside various research projects, her six-children and nine-grandchildren.

I catch Stacey for a chat just before she heads out the door to start her morning fencing. At 9.00am, she’s already been up for hours. She moves to another room in the house to find a bit of peace, the sound of hammering nails and the bustle of building coming through.

“I’m having the place renovated for the grandkids,” she says. “I’m glad you called. You’ve given me an excuse not to get started on the fencing – it’s freezing out there!”

The 59-year-old oversees and is hands-on with every aspect of her family’s two properties. The Lugsdins run up to 4,000 breeding ewes across 20,000 acres, as well a petrol station and a Toyota and Mitsubishi dealership in Hay. On any given day, Stacey can be found doing a huge variety of jobs, from balancing the farm’s books to mustering, drafting lambs to feeding.

“My life is very full, very rich,” she says. “I love that we’re such a family oriented business.”

Family is everything to me. Our kids are sixth generation wool growers and they all at some stage have an input into the farms. Our son, Tom works full-time on the farm with me, while our five daughters, Ellie, Jessie, Polly, Annabel and Harriet help between their career jobs and managing our other businesses.

A deep love for learning

An independent director for Wool Producers Australia and a past secretary of the Peppin Shaw Merino Competition, Stacey is hugely involved in her industry. Yet extraordinarily, Stacey didn’t turn her hand to the detailed running of the farm’s management until she was 38-years-old.

The youngest of three children, Stacey’s family moved continually across country NSW following their dad’s work in regional hospitals. It was a move to Hay aged eight, that cemented the course of her life.

“I was 16 when I met the love of my life, my husband Ian at school. I didn’t finish high school because dad had an aneurism and I was needed at home. Ian and I were married, and I had my first baby at 22,” she says.

“My life in those early years was filled with children, cooking, sewing and helping on the farm, when needed.”

The dynamic changed in 2000, when Ian bought the Toyota dealership in town.

I asked Ian, ‘who will run the farm?’ Ian replied: ‘I thought you could’.

So it began, when her youngest daughter was four-years old. Stacey drove to Deniliquin every week for 18-months, studying wool classing and learning to shear – sparking an unquenchable love of learning and her utter passion for farming. She went on to study a university diploma, while teaching wool classing at TAFE for more than a decade; all while learning to run a property during the 10-year Millennium drought.

“The drought was so horrendous it made me realise, there had to be a better way to farm. There had to be a way of making our sheep as productive as possible, without damaging our environment,” she says. “That’s why I started down the path of Australian Sheep Breeding Values (ASBV), recording our flock’s profile data since 2014. I’m not a scientist but I love genetics and the methodology behind it. Our sheep aren’t just numbers – we treat them at an individual level. We sit in the top 20% on the ASBV index, of fleece weight in Australia.”

The Lugsdins have built a special room on the side of their house called The Outdoor Room. Made of coolroom panelling to keep out the searing heat in summer, it’s where the whole family eats when all together. With a Grandkid’s Corner – complete with lounge and TV – Stacey has installed three tables to sit 24 family members for lunch.

I’m so happy where I am. I adore where we live. There is no better life for children than growing up on a farm.

“It hasn’t always been easy. There have been times, like when wool crashed in 1989, where we had our income cut by more than half. That happened again when COVID-19 hit. But if you take on farming, you take it on warts and all. This is where resilience comes in. There are times I have sat and cried because some situations have been really hard to deal with. But at the end of the day, it’s what we’ve chosen. You learn to adjust, whether financially or your outlook. It’s never too late, no matter your age or gender. If you’re passionate about something, follow it.” 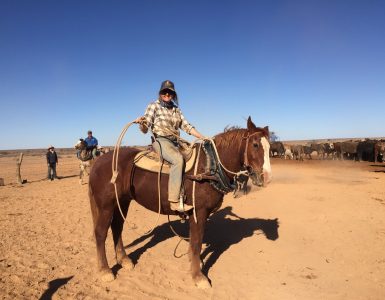 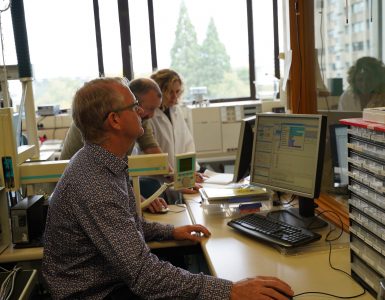 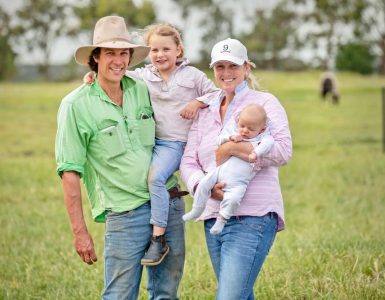