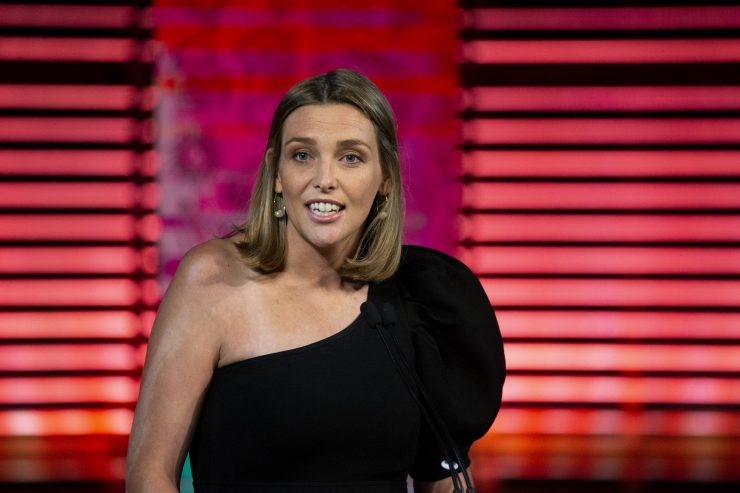 How Australia fell in love with Buy From The Bush

In October 2019, Australian farmers were faced with a crippling drought. One woman set out to give those communities a voice and showcase all the incredible wares for sale in the towns doing it tough.

It started with an Instagram account and before long, the hashtag #buyfromthebush became a sensation. Small bricks and mortar stores on the brink of closure were selling out of stock. Australia is out of that drought now but the support and sentiment behind Buy From The Bush is as strong as ever. To learn more about this wonderful initiative, founder Grace Brennan has shared some of her insights about how a simple idea became a nationwide phenomenon.

Grace created this movement from her farm in Warren in the Orana Region of NSW. No surprise, it took someone living in the bush to identify the work that needed to be done. Interestingly though, her upbringing in Sydney perhaps gave her insight into what would resonate with the wider public.

“It was starting to feel relentless and creeping into that mindset of, ‘is this ever going to get better?’” Grace recalls about the drought. Grace describes the news coverage around the drought as very welcome but somewhat 2-dimensional focusing on male farmers with brown paddocks.

“I was experiencing for the first time, having grown up in the city, the impact that drought had on the broader community and on households and small businesses and especially women,” Grace remembers.

Grace wanted to help and thought supporting small business was a start, so she shared on Facebook a local business page. A friend commented on that page saying her family was doing a Buy From The Bush theme for their Kris Kringle that year. It was a light-bulb moment for Grace.

Asking people to do their Christmas shopping in the bush felt like it was both delivering this tangible real benefit of injecting cash where it’s needed.

“I just thought it was the best idea I’d ever heard and that planted the seed.” Grace knew so many women in particular were running retail businesses to supplement the lack of income on the farm, so once she had the catchy title, she launched an Instagram page to share some of that amazing work she saw every day.

“Asking people to do their Christmas shopping in the bush felt like it was both delivering this tangible real benefit of injecting cash where it’s needed but also shedding light and creating a bit of visibility for very worthwhile and impressive businesses that just happen to be run from the bush,” she explains.

Within seven weeks, Buy From The Bush had 130,000 followers, postage from rural areas went through the roof and businesses were selling out of stock. Even 5000 new followers for a small business equates to 5000 potential new customers for life. The campaign had resonated with city people instantly.

The nostalgia that exists in the city for that bush identity is so strong. It was just a matter of tapping into that.

“I think people in the city really wanted to help but they didn’t quite know how. What we were doing was giving them a very simple call to action. They could see something, if they liked it, they bought it and then we told them a story via social media about the impact of their dollars in that small community. The nostalgia that exists in the city for that bush identity is so strong. It was just a matter of tapping into that.”

Grace describes the idea as simple but there’s no doubt, it’s a masterclass in how to harness people power to solve a big problem. In many cases, these small businesses didn’t even have a website.

“It’s that beautiful old-school connection. I once walked into a store that was part of Buy From The Bush and the store owner was just walking around with her iPhone filming the various things. The person on the other end of the line in Sydney was choosing Christmas presents for their family.”

Fast forward to now and much has changed. Grace’s mission is no longer to save rural communities from drought, but she’s still inspired by how the businesses involved are now growing as a result. There has been a rejuvenation of old rundown buildings in the main streets with people wanting to open shops. That, in turn has lead to the hiring of local marketing teams and retail staff.

To not be limited by where they live because they can connect with an audience and customer base globally.

“The idea that something like Buy From The Bush could inspire people to think beyond traditional roles in a small community. To not be limited by where they live because they can connect with an audience and customer base globally,” explains Grace.

So, what is it about the Buy From The Bush Campaign that stood out then and still endures today? Grace says it was a matter of staying in the same lane.

“We were not asking people for charity. We were asking people to invest in the potential of the bush. We were telling this story about us facing enormous challenge but also it was a hopeful story. There was something about inviting people into the crisis of drought and showing them that people in rural communities are solving their own problems.”

Looking to the future

The task now is to remain relevant and so far, so good. From bushfires to Covid lockdowns, Buy From The Bush is still connecting with people through the online marketplace. Grace has a desire to set up regional Australia to be resilient no matter what crisis is unfolding.

“What we’re trying to nurture is storytelling about rural Australia that lasts beyond any crisis. We want to build robust communities that actually crisis proof rural Australia,” Grace shares as her personal goal.

Each and every small business has a story to tell and so too does the woman behind the campaign that put so many shop owners on the map.

Hear more stories just like Grace’s by subscribing to the Telling Our Story podcast on iTunes and follow podcast host Angie Asimus on Instagram for more updates.