A butcher’s guide to steak

Ever found yourself standing in front of the meat aisle at your local supermarket wondering why and how there are so many different cuts of beef? You’re not alone!

When it comes to choosing beef, there are endless options available.

Some of the most popular choices amongst Australians are rump steak, scotch fillet steak, t-bone steak or flat iron steak.

With a wealth of knowledge in the field of meat, Australian Beef provides a butcher’s guide to popular beef cuts and breaks down the benefits of each cut of steak.

This great value, traditional pub fave has the greatest beef flavour, making it popular with meat lovers. It’s lean, full-flavoured and firmer in texture than a fillet.

A rump steak can be eaten as a steak, diced for kebabs or sliced into strips for a stir fry.

The steak lovers’ choice, this cut is lean, notably tender, rich in flavour and extremely juicy.

Coming from an area of the animal where the muscles do less work, the sirloin is full of flavour and well suited to roasting.

If you don’t feel like a roast though, this cut can also be sliced into steaks or stir-fry strips.

Famously tender, the fillet is arguably the most desirable of steaks. It’s supremely lean with a mild and subtle flavour.

With little or no fat or connective tissue the fillet is best suited to portioning into steaks for pan-frying and barbecuing or strips for stir-frying.

One of our most popular Aussie steaks thanks to its juicy tenderness and rich, meaty flavour.

Scotch fillet steaks perform best with fast hot cooking methods such as pan-frying and barbecuing or stir-frying when thinly sliced.

This quintessential Aussie BBQ steak is a satisfying choice for meat lovers. It packs two different textures and flavour experiences – a tender fillet muscle on the smaller side of the bone and a juicy sirloin on the other.

With little or not fat or connective tissue the T-bone is a quintessential Aussie steak perfect for pan-frying or barbecuing.

This delicious steak is cut from the oyster blade. It’s lean with a hearty beef flavour and stays moist even when cooked to medium-well.

True flat iron steak has all of the connective tissue and silver skin removed from the oyster blade and is cut into easy to use portions that are lean and extremely tender, juicy and full of flavour.

Why do prices vary so much between cuts?

Steaks such as fillet can cost more because they make up a smaller portion of the animal, and are in higher demand due to their tenderness and flavour.

But that doesn’t mean the cheaper cuts aren’t as great. Rump and oyster blade steaks, for example, are abundant, full-flavoured, lean and great value.

Choose steak cuts with an even thickness. They’re easier to cook evenly!

For more information about the different cuts of meat and to explore a range of recipes, visit the Australian Beef website. 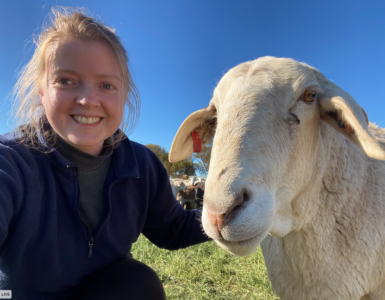 PIEFA’s Farmer Time is an online educational resource linking children to real-life farmers all across Australia to discuss the wonderful world of agriculture! However, during the COVID-19 pandemic, with in-person... 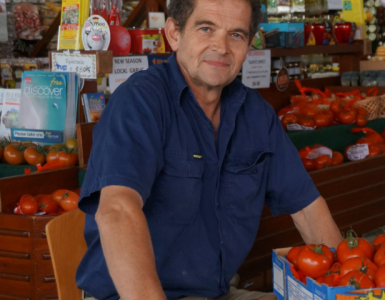 A mid-north coast strawberry grower has turned a surplus of remaining strawberries into 25,000 jars of jam, in a bid to stop the berries from going to waste. Typically these strawberries would be picked by...