Leading fast food franchise McDonald’s has set the benchmark for other fast food outlets with the company committing to display the country of origin of the ingredients in their products.

The adoption of the country of original labelling system became mandatory on all food products sold in retail stores from 1 July 2018, however, food sold for immediate consumption at fast food outlets and cafes are exempt.

Given that Australian consumers have a strong preference for locally sourced food, stronger food labelling measures could empower consumers to back Aussie farmers, making the move a big win for the agriculture industry.

McDonald’s has long been a leader in the field of supporting Aussie farmers, with the company sourcing much of its core ingredients like beef, lettuce and potatoes from Australian producers.

The commitment to display the country of original label is also a step in the right direction for ongoing food labelling debates, with concerns over the consumers right for accurate information and labelling plaguing popular products such as meat and dairy.

McDonald’s commitment has been welcomed by some of Australia’s leading agriculture bodies and Government, with Minister for Agriculture David Littleproud urging other fast food franchises to follow suit.

“Unfortunately, some major fast food outlets refused to even attend the round tables I set up to engage on the issue, but McDonald’s always showed a commitment to the process and the outcome,” Minister Littleproud said.

“Consumers should have the information of where the food they are eating is from and this move empowers them to support a fast food franchise outlet that does that.

“I encourage other outlets to get on board or be left behind and be transparent with consumers and support Australian producers.”

The peak industry body for Australia’s vegetable and potato growers, AUSVEG, has also welcomed McDonad’s country of origin labelling commitment and said the decision was a show of faith to the hard work and dedication of Australia’s farmers in providing high-quality food to Australian consumers.

“While the labelling system provides consumers with more information about where a lot of their food comes from, it is an inconsistent, two-tiered approach that is problematic for consumers and needs the fast food industry to get on board and commit display the country of origin on their food products.

“We urge the rest of the fast food industry, and other industries which are exempt from mandatory labelling, adopt the labelling so that consumers can make more informed purchasing decisions.” 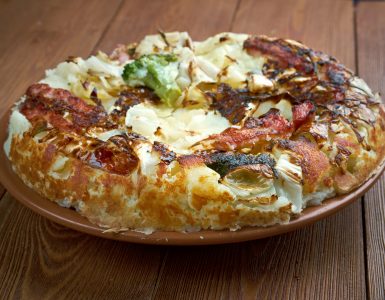 Don’t ditch your leftovers from last night’s tea! With the cost of living on the rise, there’s never been a better time to think consciously about our choices and sure make food waste is a thing of the...