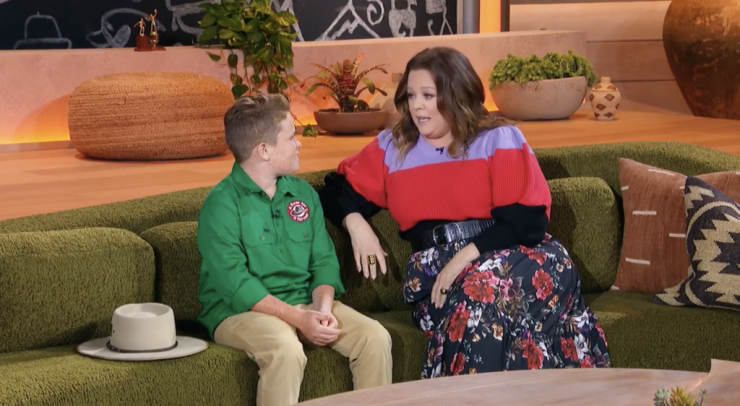 Jack Berne, an eleven-year old from the northern beaches in Sydney, started a charity called A fiver for a farmer last year in response to the ongoing drought. After catching the attention of media across Australia, Jack was recently featured on Little Big Shots hosted by Hollywood megastar Melissa McCarthy.

After watching a news story on television and seeing how the drought was affecting other children in rural communities just like him, Jack set out on a mission to help farmers and rural communities get back on their feet.

Jack’s idea was to dress up like a farmer, bring in five dollars to school and hopefully raise awareness and money for farmers.

So he did just that! Alongside his mates, Jack dressed up as a farmer on the 13 August and went to school with the aim of raising some money for farmers.

His campaign soon went nation-wide and with the help of local media coverage, Jack and his friends raised a massive one million dollars.

Following the hottest and driest year on record, coupled the recent bushfires Jack continues to promote his cause, and has gone as far as catching the attention of Hollywood media outlets.

Recently, Jack was a guest on Melissa McCarthy’s talk show Little Big Shots where he shared the story of Australia’s drought.

“After seeing that (the news story about the drought and its impact on local communities) and seeing how many kids were affected by it, not being able to go to school it really just put some fire in my belly and I wanted to do something,” Jack said.

“So I went home and I was talking to mum and mum was like what are you talking about, what drought?

“So I went into my room and started searching things up and I was thinking of ideas and fiver for a farmer was the best one.”

Having grown up on a farm herself, Melissa McCarthy empathised with Jack’s story and congratulated him on his initiative and the positive results it has drawn from rural communities.

“When we first started we found these two amazing charities, drought angels and rural aid and so we decided to split the money and give half and half to each charity,” Jack said.

“What they did with the money was just amazing, they brought big trucks of water to the towns where they really needed it.

“The smiles on their faces to see water, which is crazy to think about, it’s water and I just drink a glass of water like its normal and they are the happiest people on earth.”

In traditional American talk show style, the segment ended with Melissa presenting Jack with a $10,000 cheque!!