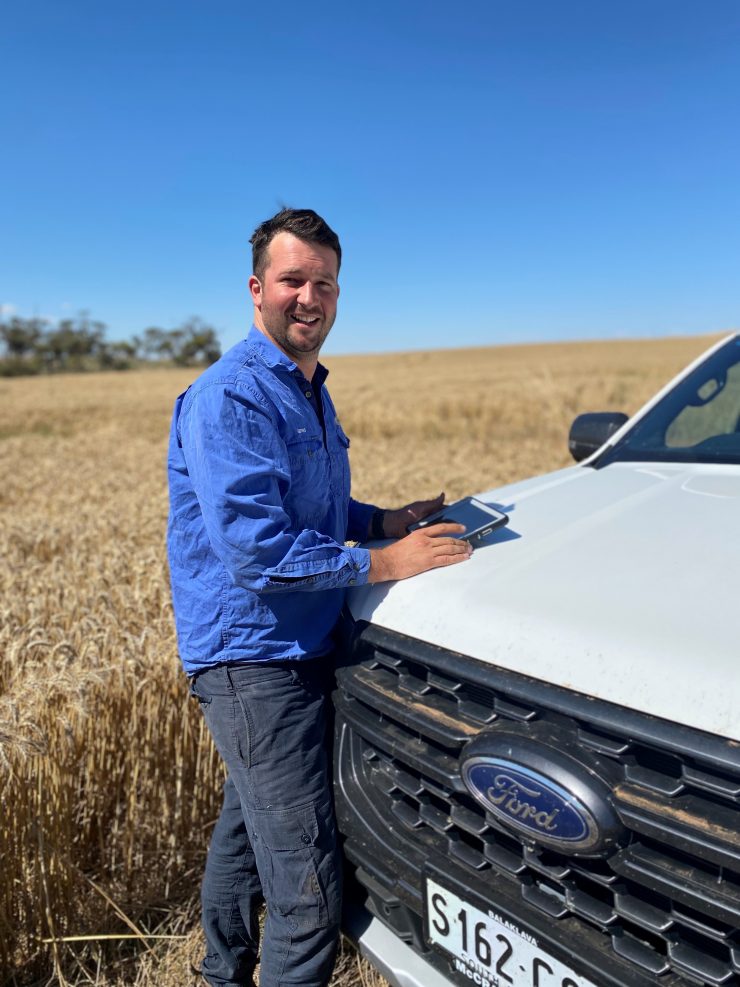 Managing a family farm comes with big responsibility. James Venning hasn’t only excelled in the running of Barunga Grains near Bute on the Northern Yorke Peninsula of South Australia – he’s made it his own.

Technology has opened up a wealth of information many operators don’t even know exists. His work has just earned him a gong in the Farmer of the Year Awards 2022 where he won the Excellence in Technology category.

The man behind the data produces wheat and barley as a base but has also branched into lentils and canola due to their higher profit margins. On 4700 hectares, there’s certainly the space to specialise in various crops. Much of that land is dune swale – or sand.

“Every soil behaves differently but generally a sandy soil is fantastic for water use. Things like canola are very thirsty crops, so we can hold crops due to that. The lentils are probably not 100% suited but we are taking steps at the moment to improve that,” explains James.

If anyone can do it, it’s him. While James grew up on the farm, he returned after high school wanting to make a career out of it and is working hard to reinvent the operation.

My dad is a fair bit older than me, so I had to make up my mind pretty quickly as to whether I wanted to come home and do an apprenticeship under him or do other things.

He’s had the benefit of his father’s knowledge but it’s safe to say he’s also teaching his family a thing or two. A lot of James’ improvements have a technological focus.

“Lentils are the reason a lot of this has come about. You can have a paddock full of lentils, put the same amount of fertiliser down and get the same amount of rain but the results are so vastly different. We started to dig into what’s causing that and use technology to assess.”

James believes the fundamental building block of any good crop in the pH of the soil, followed by soil type and soil texture. James has mapped the whole farm using a technique called soil sensing.

“There’s a machine that we put on the back of a tractor and drive it up and down. It takes about 8 logs per hectare. Then it measures each log and puts it onto a nice glossy map.

“So, different colours indicate different pH levels. You can treat those low pH levels with lime to bring them up or you can identify high pH areas and then put more fertiliser or different fertilisers on those areas.”

If you didn’t have that data, you’d just be flying blind

Weather stations are also a big part of the property. They’re a useful tool for knowing when to use sprays responsibly and for frost detection. Similarly, satellite imagery can be used to detect the greenest part of a lentil crop, James then knows that’s the best patch to drive out to, in order to undertake targeted sampling.

But data collection is happening in many less obvious locations. Take, a harvester for instance. For some time, they have been measuring yield but now the equipment also takes a protein measurement.

“You might ask why, but nitrogen fertilisers come at a very high cost to our business. Protein is a very good way of measuring efficiency, So, by measuring protein on different parts of the paddock we can determine whether or not our nitrogen use was correct – too low or too high based on the protein in the yield that we got off,” explains James.

Implementing these changes comes at a cost and there are no guarantees they’ll even work until they’re tested but James says he loves the satisfaction of having the evidence to back up their actions.

“I get anxiety sometimes if I know I’m not quite doing something right on a certain part of the paddock,” says James. “Some farmers who aren’t doing any of this are quite ignorant to it and that’s kind of good I guess! Whereas, once you’ve had your eyes opened, it’s hard not to want to fix it.” Having said that, there was a fair bit of resistance from James’ own dad in the beginning.

I remember him saying that no one else was doing it, why should we. We got there in the end!

James believes land prices increasing exponentially have forced other landowners to rethink their own practices and focus on better efficiency. “A lot of attitudes among farmers is rather than expand by buying more land, let’s just fine tune what we’ve got and run it really well.”

Part of leading the way in that movement means James has volunteered to host trials on his farm. For every successful trial, there is one or two that don’t work out and he puts that down to good experience. “The world is dominated by data at the moment. I don’t know where it’s going to go. Just having this mountain data and piecing it together is very exciting.”

Perhaps the image of James gathering and analysing all that data isn’t the picture many people have of a farmer.

Most people just think we go and chew on some wheat and drive tractors but farms these days are just such complex businesses from logistics to managing time, managing people, forging relationships with suppliers and advisers.

“They are multi-million dollar businesses and it’s not as simple as putting a seed in the ground and waiting for it to grow,” laughs James.

Then, try adding data analysis to the list of jobs to do. It’s a pretty full workload.

Hear more stories like this by subscribing to the Telling Our Story podcast on iTunes and follow podcast host Angie Asimus on Instagram for more updates. 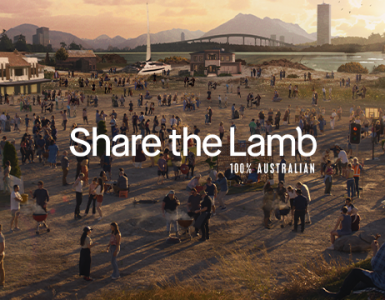 Every January Australians eagerly await the release of the Australian Lamb summer campaign, a tongue-in-cheek poke at Aussie culture and inspiration to fire up the barbecue. Driven by Meat & Livestock Australia...