Feel like you’re not coping with the chill of winter? Well these Aussie crops are thriving!

Winter crops are annual crops sown in autumn and are ready to harvest in spring or summer.

Here is what winter looks like around farms in Australia…

However this year winter crop production is expected to be down. The Rabobank Australian 2019 Winter Crop Outlook said it would be ‘against all odds’ for Australia to return to average grain production in the 2019-20 season. This is due to the dry start to the winter cropping season meaning ‘sub-optimal planting window’ for important cropping regions.

The Australian oilseed industry produces about three million tonnes of oilseeds annually – 600,000 of those tones are consumed locally.

Australia supplies more than one million tonnes of canola seed (15-20 per cent of the world’s canola trade) to Japan, Europe, China, Pakistan and other international markets annually.

Pulses such as lupins, chickpeas, lentils and fava beans are now make up 10 per cent of the three major cropping regions of Australia.

Pulses are relatively new to Australian soil with the first crop, navy beans, planted in Queensland in the 1940’s to feed the US troops during World War II.

Australia produces an average of 2.2 million tonnes of pulses from more than 1.8 million hectares.

The Australian vegetable industry represents more than six per cent of the total value of Australian agriculture at $3.45 billion with more than 2,300 vegetable farm businesses.

More than 90 per cent of all fresh vegetables sold in Australian supermarkets are grown right here in Australia with potatoes coming in at the number one winter vegetable commodity with more than 1.3 million tonnes grown for human consumption a year!

Thanks to Australia’s varying climates and geographical benefits of the array of vegetable growing regions around Australia, the vegetable industry can maintain year-round supply, meaning there are very few fresh veggies imports into Australia.

The Australian fruit industry is produces around 2.66 million tonnes a year valued at more than $5 billion.

The most popular fruit grown in Australia is by far citrus, particularly oranges with Australian farmers producing around 746,297 tonnes a year.

Bananas, apples and melons trail not far behind as the most productive fruit crops grown in Australia ($798 million). 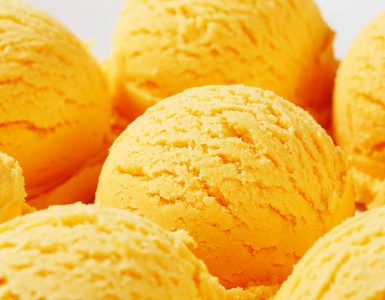 They’re more commonly contributing to your 3 veg a day, served alongside meat at dinner – but could the humble sweet potato be the next big dessert staple? The answer is yes, according to Hort Innovation who... 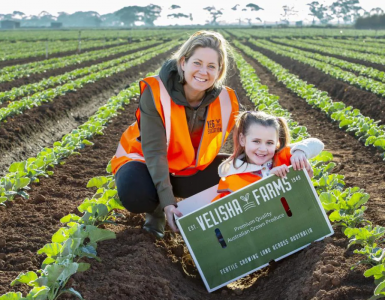 Research by the National Farmers’ Federation shows up to one third of Australians feel some level of disconnect with where their food and fibre comes from. New initiatives by state farming organisations aim to... 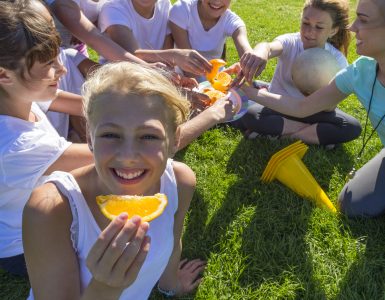 Fend of the winter blues with Aussie citrus

Australian citrus production began in 1787 when the English first fleet set sail under instructions to introduce plants and seeds for sustainable horticulture. Lemons, limes, oranges, grapefruit and mandarins were...